1. O.J. Simpson– On June 17, 1994, former football star O.J. Simpson disappeared for hours after he was supposed to turn himself in for the brutal slayings of ex-wife Nicole Brown-Simpson and her acquaintance Ronald Goldman. Simpson then led police on a slow-moving car chase in the now infamous white Ford Bronco. The chase would culminate that evening in Simpson’s arrest in the driveway of his own home. With 95 million people viewing the car chase and Brown-Simpson and Goldman’s murders having been so grisly, the trial was bound to bring attention. Lasting eleven months and being dubbed “a great trash novel come to life” and “the Trial of the Century”, the O.J. Simpson trial remains one of the highest viewed celebrity trials, with 100 million tuned in. Even with mounting evidence against him, on October 3,1995 Simpson was found not-guilty of the double homicide and acquitted of all charges. 2. Michael Jackson– Although singer Michael Jackson would appear in court numerous times throughout his career, one case stood out among the rest. Jackson was first accused of child molestation in 1993 by a dentist claiming Jackson sexually abused his son. This case was settled out of court and never went to trial, however this would not be the last time Jackson would have those same charges brought against him. In 2005, the King of Pop could not avoid court and was charged with 10 criminal counts, including child molestation, abduction, false imprisonment, and extortion. The trial lasted nearly four months and was described as a “circus” and “media frenzy” with Jackson showing up in pajamas and fans sobbing in the courtroom. On June 13, 2005, Jackson was acquitted of all charges. Jackson passed away in his home on June 25, 2009 at the age of 50. 3. Robert Downey Jr.– One of the most encouraging and successful comebacks in the industry belongs to actor Robert Downey Jr. Before he became Ironman, Downey Jr. was known for more than his acting abilities. After being nominated for multiple awards in 1992 and 1993 for his portrayal as Charlie Chaplin in Chaplin (he won two of the three), Downey’s first arrest came in 1996 for speeding down Sunset Boulevard in possession of heroin and cocaine. Numerous arrests and rehab stints would follow throughout the years until 1999, when Downey Jr. continued to miss court-appointed drug tests and was ultimately sentenced to three years in jail. During the trial, he described his addiction as “…having a shotgun in my mouth with my finger on the trigger, and I like the taste of the gun metal.” He continued to struggle until 2003 when he threw his drugs into the ocean and made the conscious decision to seek help. Downey Jr. has remained clean ever since. 4. Robert Blake– It would be 11 months before police arrested actor Robert Blake for his wife’s 2001 murder. Forty-four years old at the time of her death, Bonnie Lee Bakely was 23 years Blake’s junior. Although many believed Blake to be guilty at the time of his arrest, the more Bakely’s story was shared throughout the trial, doubt settled in. Bakely had a penchant for older celebrities and set her sights on the likes of Jerry Lee Lewis, Dean Martin, and Christian Brando (son of actor Marlon Brando) before marrying Blake. This was Blake’s second marriage and Bakely’s tenth. Bakely’s cons and checkered past held viewers’ attention and after three months, Blake was acquitted of all charges in March of 2005. Bakely’s murder remains unsolved. 5. Bill Cosby– Once known as “America’s Dad”, actor and comedian Bill Cosby came under heavy scrutiny for multiple rape and sexual assault allegations. Originally brought to the public eye in 2004, it wasn’t until the #MeToo movement that Cosby’s actions drew much attention. The 2004 allegations were finally brought to trial in 2017, only to end in a mistrial when tensions “reached a fever pitch” inside the jury room. Prior to the retrial, both of Cosby’s defense attorneys withdrew from the case. Then armed with a new legal team (one of whom successfully defended Michael Jackson in his child molestation case), Cosby’s second trial began. On April 16, 2018, Cosby was convicted on three felony counts of aggravated indecent assault and in September that same year was sentenced to three to ten years in prison. Justice for the victims would be relatively short-lived however, as June 30, 2021, the Supreme Court of Pennsylvania overturned Cosby’s conviction (despite Cosby admitting during the trial he had given the women Quaaludes in order to have sex with them). 6. Johnny Depp vs. Amber Heard– Three years after ending a 14-year relationship with the mother of his children, actor Johnny Depp married actress Amber Heard in a private ceremony. The marriage lasted just over a year when Heard filed for divorce in May of 2016. Depp sued Heard in 2018 after she wrote an op-ed piece for the Washington Post speaking of the domestic violence in her marriage (though she doesn’t mention Depp by name). The trial caused an uproar among fans and domestic violence advocates/victims alike. Heard was caught lying multiple times and evidence proved that she lied in the op-ed article as well, and after six weeks, the court awarded Depp a total of $13.5 million (after Heard won a countersuit for $2 million) in June, 2022. Speculations about each of their career prospects vary, and it is unknown if or when Heard will be able to pay up. Ongoing: Harvey Weinstein– Allegations began surfacing against Harvey Weinstein in 2017, when multiple women stepped forward accusing the Hollywood producer and business owner of rape, sexual assault, harrassment, and more. Allegations date back to the 1970’s and span across the globe, with concentration in the US and UK. At least 100 women have come forward ranging from employees and lesser known actresses, to A-listers such as Salma Hayak, Gwentyth Paltrow, Uma Thurman, Ashley Judd, and Angelina Jolie, sparking the #MeToo movement. In February of 2020, Weinstein was found guilty on two counts and in March 2020 was sentenced to 23 years in prison for rape and sexual assault. Weinstein is now facing 11 charges of sexual assault and the trial is set to begin October 10, 2022 for the serial rape case. Honorable Mention: Tonya Harding & Nancy Kerrigan– Though not a frenzied trial, the assault on Olympic Figure Skater Nancy Kerrigan caused quite the scandal. Just weeks before the 1994 Winter Olympic games, Kerrigan was attacked in her left knee after skate practice with a collapsible metal baton. Fortunately for Kerrigan, she only suffered bruising and was able to compete. Despite emerging evidence of fellow skater Tanya Harding’s (probable) involvement in the attack, the U.S. Olympic Committee allowed Harding to compete. Neither took the gold however, with Harding placing 8th and Kerrigan taking the silver. While the world was distracted by the drama, 16-year-old Oksana Baiul glided past to claim the gold. The following month in March 1994, with evidence mounted against her, Harding pled guilty to her part in the attack on Kerrigan. Harding received 3 years probation and a $160,000 fine. She remained the only conspirator to avoid jail time.
Do you remember any of these trials? Were you one of the viewers or would you watch any of them now? Are there any you think should have made the list? Let me know in the comments below! 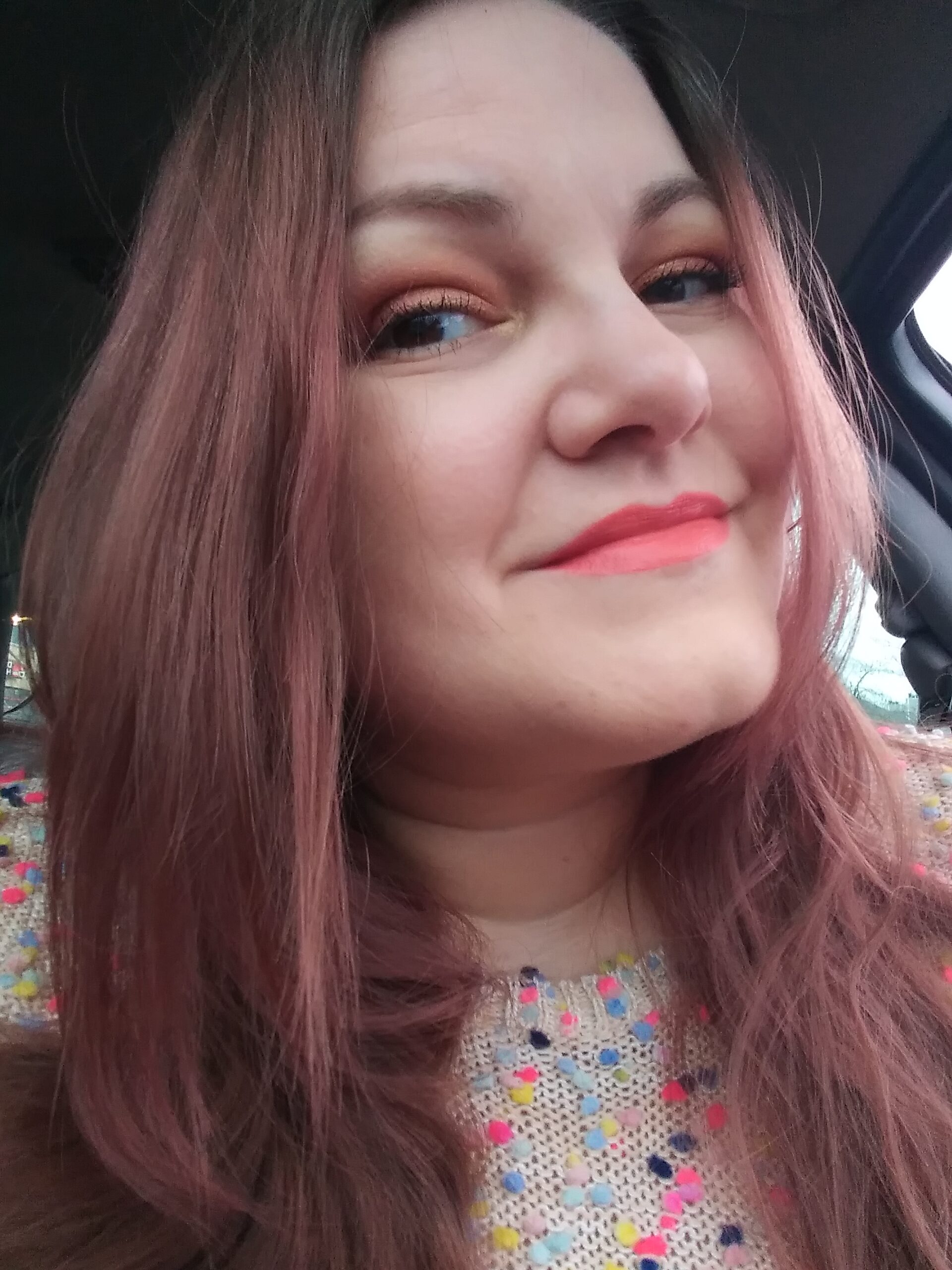