Hi all – this time, I’m bringing you something different from my Andrew’s Angles articles – in this case, it’s a breakdown of the K.O Edition of Scott Pilgrim Vs. The World from Limited Run Games (LRG)!

As ashamed as I am to say it, while I did have the game back on Xbox 360, I did not play that much of it, and then, sadly Ubisoft pulled the release from digital stores (the only way that the game could be obtained originally). However, my fiancé (who has helpfully taken the pictures for this article – thank you, Dan!) is a massive fan of Scott Pilgrim – the books, the movie, the game, anything you can think of. So, when LRG announced that they would be releasing the game, it did not take much convincing for the order to be placed for the K.O. Edition – one of the most jam-packed versions available.

The collection itself comes in a large musician case and a slip cover, both adorned with the Sex Bob-Omb logo.

For the musicians out there, this edition also comes with not just one pair of well-made drumsticks, but 3 guitar picks, also unmistakeably part of the Scott Pilgrim universe. The game also comes packaged with the soundtrack (made by the fantastic Anamanaguchi – a chiptune rock band) in both CD and cassette formats (with a vinyl version also available separately)!

For the arty fans, this package also comes with an enamel pin and 7 cards displaying the Evil Exes that make the story of the franchise, as well as 2 sheets of stickers with various characters from the Scott Pilgrim world. Now, for the game side of things – they have really gone all out with hitting the buttons for nostalgic gamers – a physical overworld map and physical guide book are presented as part of this bundle, making it feel like an old-school RPG experience. The game itself, while in a Switch case, is kept within a case that looks like it would be right at home housing a Sega Megadrive (Genesis for the US) game.

The icing on the cake? Opening up the musician case that this whole collection is stored in will display a pop-up scene of Sex Bob-Omb playing at Leo’s Place, with Ramona (Scott’s love interest) as a guest vocalist, to the tune of Anamanaguchi’s Airbrushed, complete with flashing show lights.

Even without playing the game itself, the care and consideration that’s been put into this collection is clear and is an absolute treat for the Scott Pilgrim fan. It’s not cheap – coming in at $140 – but there is clear value for money for the avid fan of this cult game that is finally back for all to play! 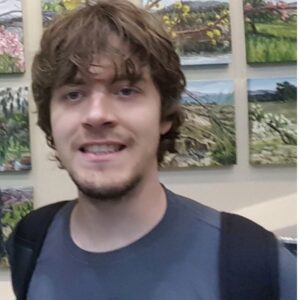